IMHO and FWIW: 5 Signs your Teen is Texting too Much 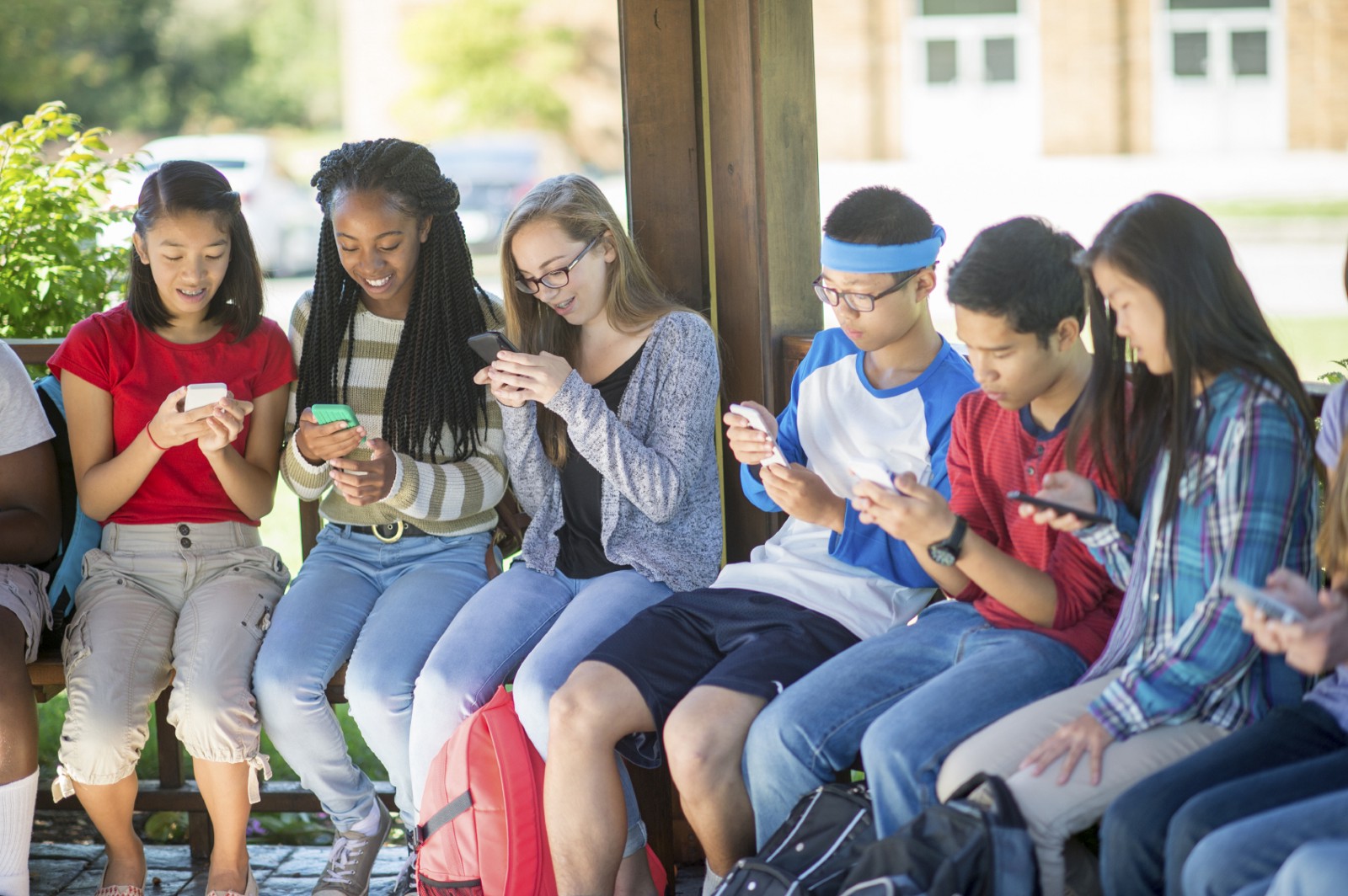 Teens have used all means of communicating through the years whether it was secret notes passed during class or talking on the phone in the evening. Many parents would ask the question, “Just what have you to talk about since you’ve seen each other all day at school?”. “Plenty” would be the response. Now with smartphones on the scene, teens found another ingenious way to have friendly exchanges – texting. They have become masters at texting. If you want to contact a teen, text him/her…don’t bother phoning. A good friend of mine, Danica Trebel, wrote an excellent post on this issue to help parents understand their teens’ behavior in this area. She agreed to let me repost her article.

Here are five signs of “too much” texting and what you can do about it.

Ahhh, the good ol’ days. I still remember them well. The days when we had to get up off the couch to change the channel on the TV. The times we always knew where the phone was because it was attached by a cord to its base. And the days we actually had to pick up that phone to talk to someone, or else wait until we saw them the next day at school.

But times they are a-changing. Cell phones brought us T9 texting (I shudder at the thought), and so it began. The world of instantly sending uninhibited thoughts and comments was birthed. Like any living organism, texting took time to get its legs under it, but now look at it go! People text while they drive, while they’re in meetings, classes, conversations. Yes, even while they’re in the bathroom. And the kicker? It’s not just teenagers doing it. While I won’t incriminate myself and confess to which of these texting no-nos I’m guilty, I will say my practice of them only reinforces their “OK-ness” in my kids’ eyes when they see it happening. Of course, their peers are “all doing it.” But it’s up to me — us — as parents to be examples of responsible texting.

Texting has gained extraordinary powers over the years, and when used for good, it is, indeed, priceless. When those same powers distract teens from fostering healthy personal relationships, however, the texting scale becomes weighted on the side of too much. Equalizing the scale with awareness on one side and communication on the other restores balance and focus.

So just how are you to know when your kid’s texting has gotten to the point of too much? The gauge is going to be different for each family, but here are some of the most common signs that texting is interfering with healthy relationships.

1. The text and talk. Nothing says “rude” more than your child texting during a face-to-face conversation he’s having with someone. It’s non-verbally telling the person in front of him they’re far less valued than the texter, and what they have to say is unimportant. By helping your teen get in the habit of keeping his phone off or in his pocket during dinner or any other time he’s with real people, you’re helping him practice focus, respect and delayed gratification; life skills he’ll need for work, marriage (when he’s 60), parenting (when he’s 80) and even play. This is a great opportunity for you to teach your son the power of being a present, independent thinker, yet team player by honing his up-close and personal relationship practices.

2. The classroom text. While this “too much” doesn’t require much explanation, it does need to be addressed with your teenager. Rather than wait until it becomes an issue for her teacher and her grades, set up boundaries with your daughter about texting in class. Explain to her the teacher’s perspective as well as the other students’ and allow her to fully grasp in her own way how texting during class can be distracting and disrespectful — not to mention detrimental to her GPA.

3. The text and drive. This very well could be the ultimate example of too much texting for anyone with a license. Not only is it illegal, it’s dangerous and irresponsible. We’ve all heard and dismissed the no-texting campaigns with “It won’t ever happen to me,” but when we get real with ourselves and our teens, is there really anything so important it can’t wait until the car is in park and the keys are out of the ignition? Is a text really worth a ticket, a totaled car or a life?

4. The text and shop. If your teenager can’t walk from the car to the entrance of Target without sending a text, this might be a sign of “too much.” Of course, nothing says “too much” like the kid on his phone camped in the middle of the main drag blocking traffic in both directions, turning a “quick trip” into a 30-minute shopping ordeal. The solution? Pre-plan your outing. If you’re shopping for something for your son, remind him his phone stays in his pocket or the car. If he’s only there because he was forced to come with you, get done what you need to do while having him stay aware of his surroundings and meeting up with you at the check-out once you’re finished.

5. The Personality Change. Because you’ve been nurturing your relationship with your teens since reading 3 Ways to Get Results with your Kids without the Frustration, you’ll be in tune with how she operates, and when her behaviors start to shift. If she’s starting to distance herself from you and spending more time alone or on her phone regardless of time or place, that’s a good indication it’s time to check yourself, as well. Allowing your teen unlimited and unsupervised phone time sets the stage for non-verbal miscommunications potentially leading to bullying, sexting, self-harm and other cries for attention. Maintaining face-to-face interaction with your teen is imperative to her livelihood and development of healthy social skills. Studies continually prove too much texting leads to emotional imbalances and lack of coping skills.

The good news, however, is that texting is an issue that’s easily remedied with attention and understanding through effective communication. Speaking your truth with love and respect affords your teenagers the same platform, helps bring into focus what truly matters to you both and cultivates middle ground for the peace, balance and acknowledgement of each of your desires.

Danica Trebel is a mom to two AMAZING teenage sons, a recovering perfectionist and a Life and Family Dynamics Coach. She specializes in helping families tune up their relationships through perspective, communication and faith.