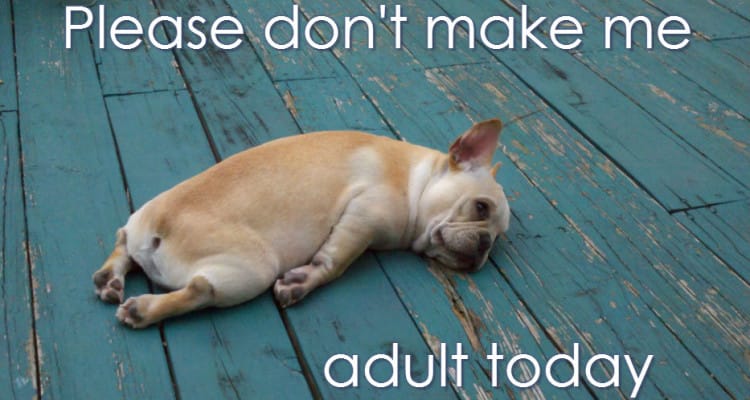 When my children were little, the newest buzzword was actually a noun that was given a verb tense. I’m talking about the word “parent”. My “dyed in the wool English teacher” mother-in-law was aghast at the way the noun was being used. Even I have caught on and talk about parenting!! But one word I’ll never use in a sentence to describe an action is the word “adult”. Sorry, but adult is a noun. Making it into a verb is just plain silly, if you ask me. With that in mind, my post deals with how our adult children can mature (not adult) into well, adulthood!!

A little French phrase that means “Respond, please”. The Host wants to know in a timely fashion if you are planning on attending or not. Don’t leave him/her in suspense or having to track you down for a response. Within 24 hours, you know if it’s doable or not.

Even if it’s 10 minutes, let the person know when to expect you. I’ll let you in on a hint. If your job interview is scheduled for 10:00 am and you arrive at 10:00 am then consider yourself late. Plan to arrive at least 10 minutes early. This rule definitely doesn’t apply to a dinner party, though. Ten minutes late is considered arriving on time!! Got that??

Arriving to a Party or Event Empty-Handed

Coming to an event with a bottle of wine or some flowers is considered good manners. While we’re on the subject, refrain from bringing an elaborate dessert for a dinner party, though. The Host may not appreciate your culinary efforts especially if wasn’t discussed before-hand. And don’t even think of taking the wine home if it wasn’t opened. That bottle is for the exclusive use of the Host to be opened at his/her leisure.

Not Knowing How to Greet Someone

An important skill that seems to be lacking in your age group is affability – the natural way of greeting and being interested in other people. The smartphones have robbed you of this ability but that doesn’t mean it’s not very important both from a personal & professional standpoint. One way to get better at greeting people is to practice eye contact. Look ‘em in the eye and say, “Hi”. While we’re on the subject, make your phone disappear while with that person. You send a wrong message to that person if you don’t.

Not Saying ‘Please’ or ‘Thank You’

Basic good manners isn’t stuffy or stodgy. “Please”; “Thank you”; “You’re welcome”; “Excuse me”; “I’m sorry. Please forgive me” are not out of date, trust me. Think of these phrases as the language of friendship…honoring & respecting people. As the saying goes, people may not remember what you say but they sure remember how you make them feel.

You might think it’s no harm to spread that odd juicy tidbit of information about someone but you would be dead wrong. Gossip is a toxic behavior that kills relationships and destroys trust between people. Never let anything unkind ever be said about another person in your hearing. Stand up for that person who is being gossiped about. You would want someone to do that for you. Remember the Golden Rule??

Talking Exclusively About Yourself

Our society has become conspicuously narcissistic. Everything centres around ourselves instead of others. A way to combat this bad habit is to make all conversations about getting to know the other person. Don’t worry…you will have your chance to talk about your plans or dreams but if you don’t show interest in the other person, they won’t show interest in you. Makes sense, right?

If someone gives you a compliment, don’t insult by saying they don’t know what they’re talking about. If you receive a compliment, then respond simply with “Thank you, that’s very kind” instead of “No, not really. I’m actually not that brilliant”. You get the idea??

Not Sending Thank You Notes

This is a pet peeve of mine. Please send Thank you notes to those who have taken the time to provide a gift or service to you. Show appreciation!!

Not only is this a total waste of time, I would like to say that obsessing about your online social media presence actually leads to high levels of depression & anxiety. Don’t forget that university registrar officers; prospective hiring managers; even your future mother-in-law are all checking you out!! Think that less is more!! Less screen time means more healthy mind/body pursuits leading to healthier friendships.

Texting is fine for short; immediate relaying of information. “Hey, I’m in front of the mall by the Bay”. But if all of your communication happens in the texting sphere, dimes to donuts, your text messages are misinterpreted because of the lack of body language & voice inflection that’s needed for clarification. Get in the habit of meeting people face to face and less with the phone in your face.

Not Returning Calls or Responding to Emails

Nothing says “you don’t matter to me” louder than not responding to calls or emails. Is this a message that you want to convey? I didn’t think so. Generally, never let more than one day elapse before responding even if you don’t have the answer for the person. Let them know that and when you should have their answer ready. It’s just good manners treating others the way we want to be treated. That’s the Golden Rule, in case you didn’t know.

Stay tuned for the next installment about developing elegant dining etiquette fit for meeting the Queen.